This is the story of a strong willed gypsy girl from the West of Ireland. Growing up on the family campsites throughout the country she has always been warned of dark shadows sweeping in from Eastern Europe. And so, on the eve of her 16th birthday, the rumours became a reality. The campsite was attacked and her family destroyed. During her escape she develops extraordinary powers, both mental and physical, that enable her to reach a magical Atlantic island, upon which, she would plot her revenge.
Gabby, with her love of nature survives many attempts on her life as she travels to a magical 'safe haven' on an island off the Atlantic coast. She meets a cast of colourful characters, both animal and human on her journey to safety.

Where to get Gabby

Gabby a Mythical Journey is currently avaible digitally from the Amazon Kindle store. Check them out now and you can be reading in seconds.

This is the story of Gabriella O'Toole, a strong willed gypsy girl from the West of Ireland. Growing up on the family campsites throughout the country she has always been warned of dark shadows sweeping in from Eastern Europe.

The cover was designed by the imaginative and gifted Caroline Herriot 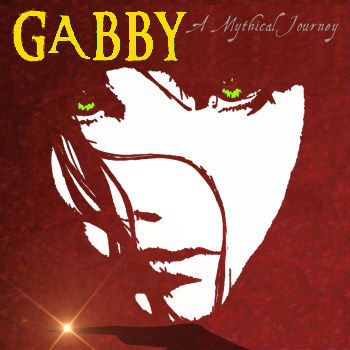 Inspired by the book Greg Yule composed and arranged the wonderful "Gabby's Theme" Listen to it below and become lost in Gabby's world.

[Stephenson]makes an entertaining emulsion of rhythm, danger, character empathy and the usual teenage dilemmas of getting to grips with hormones and emergent adulthood.

Tolkien and JK Rowling built empires out of this blueprint. If Stephenson can build on this debut and bring further riches to what he intends to be a trilogy, who knows where this could lead.

The book features more than just excellent pacing; Gabby shows extraordinary, inspiring courage as she comes to terms with being suddenly alone in the world.

I thoroughly enjoyed it - didn't want to put it down,

By empathising with the tumult that accompanies growing up and injecting the right amounts of peril, fantasy and realism, whilst also keeping the language colloquial and un-cluttered, Alan Stephenson has constructed a character that could capture the imagination of the elusive teen audience.

Alan was born in 1955 in Dublin, Ireland. He has lived and worked in the UK, France and Venice, California before finally settling in Connemara on the west coast of Ireland. He finds his inspiration in the wild landscape of mountains and windswept seas off the Atlantic coast. Gabby, a Mythical Journey is the first of a trilogy. Gabby versus the Rockhopper will be released in 2015 "If you dream higher and further your imagination will grow" - Alan. Contact Us with any questions you have about the book.
We’ll get back to you as soon as possible!