The Diving Doves of Connemara

On my morning walks to the beach I passed a freshwater pond known locally as Paddy’s Puddle. Rumour has it that many many years before a farmer in these parts had blocked a stream in order to form a small drinking hole for his few sheep and cattle.

Well, it had worked and so over the years it had grown in size to what it is today, a small lake. It’s now even on topographical maps of the area. Anyway, enough about that. 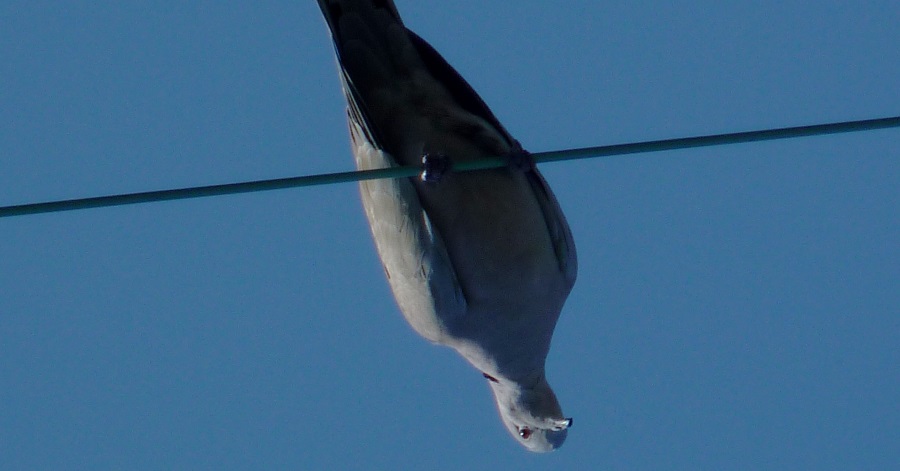 Out here on the western tip of Connemara I’d inherited my house which sadly, due mainly to lack of funds, had fallen somewhat into disrepair. But nearing sixty years old I still hadn’t given up the dream of writing a novel. About what, I had no clue. So anyway, as I passed Paddy’s Puddle I heard a splash and glanced over thinking it to be a duck or swan which occasionally dropped by.

To my amazement it was a collared dove. I think it was the only one to show that morning. Doves were not known for diving into water, they were herbivores. So I stood still transfixed by what I was witnessing. It ducked it’s head under the water a couple of times and then, with great effort, lifted off from the lake and flew away. I thought little of it until the next morning when I threw out the bird food for my feathered friends once more. About 30 showed up, word must of got around I thought to myself, It wasn’t the usual wild bird food that Peter had sold me in Letterfrack the previous day

“New supplier Al, this stuff is supposed to be great.” he said showing me the bag.

“Where did you hear that?”

“Oh, from the distributor.”

“Well he should know. Where’s Nangoporah?”

“East of here you mean?”

“Okay, good job Pete . . . thanks.” I said hefting the bag into my car So it was on the second morning, once more during my constitutional that I approached Paddy’s Puddle. I stopped behind the seven foot hedge and cocked my ears.

“Bizarre, this is weird shit man” I exclaimed out loud, turning quickly homeward.

Back in my house I went directly to my computer and online. I typed in Nangaporah and hit search Tapping my fingers on the desk I longed for the good old days of city life when broadband was readily available. Finally, the screen lit up…

Nangaporah. Poppy capital of Nangwonkistan. Contains the largest heroin production region in Asia. Due to a recent crackdown by government troops in the area many local farmers had developed a unusual hybrid nut known as Neru’s Knarled Knobbly Nuts. These nuts are not considered fit for human consumption but animals and birds should be unaffected by the toxicity involved in the growing process.

I searched the growing process and soon discovered the nuts were cultivated in the same ground and used the same water supply as the main cash crop in the area. My doves were smashed . . . high . . . looped. This was good news indeed.

Six months later my home was a tourist Mecca. I’d been able to renovate the eight crumbling bedrooms and opened a thriving Bed and Breakfast. People came from all over the world to see The Diving Doves of Connemara. You too can visit. Just log onto my website for details.